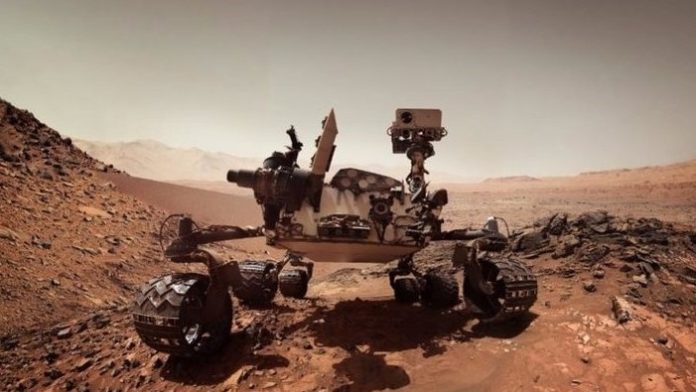 NASA’s Curiosty Mars rover, whose mission was to examine whether the planet Mars supported microbial life billions of years ago, recently broke a record and documented it with selfie. The traveler, who climbed to the top of the large rocky layer Greenheugh Pediment on a hill, took a photo for the steepest terrain he climbed.

Mars vehicle traveler Curiosty broke his own record
Curiosity, which takes 86 photographs at a height of 3.4 meters from the ground in the form of a 60-degree selfie, is not overlooked. While the hole he drilled in front of the traveler attracts attention, the ground such as soil or alluvium can be observed in the photo. The traveler reconnaissance vehicle, which worked before climbing the hill, took 3 turns to scale around. The vehicle, which spent 2696 days on Mars, missed the 32-degree tilt record in 2016 on March 6, 2020, with a degree of difference.

Multiple images are required for a photo
Before the climb, Curiosity used the black and white navigation cameras on top to record a short movie with the selfie stick known as the robotic arm. The traveler discovery tool uses the Mars Hand Lens Camera or MAHLI located at the end of the robotic arm. This camera provides a close-up view of sand grains and rock textures for a closer look at an area. Since every MAHLI image covers only a small area, it requires many images to fully capture the traveler and his surroundings.